A downloadable game for Windows, macOS, and Linux

A new RPG from splendidland appears out of nowhere!

In "FRANKEN", a hero fights monsters to become stronger so they can save the world.

Features:
-the most rudimentary battle system imaginable
-bestiary to read about all the monsters
-find three magic orbs
-explore the world and talk to characters

extract the .zip file, and then run franken.exe!

check out the README file for info about the game.

if the mac version doesn't run, please consult the README.

is there any way to fullscreen the game?

press alt+enter and that should make it fullscreen!

hello! i downloaded the mac version, but whenever i try to open it, i get an error message that says i do not have permission to open the application “franken.” do you any way to get around this? thanks!

I'm in love with this masterpiece

i just realized how to

I love this game!! Play it with some friends and do voices for everybody!!

Better than any AAA games I ever played combined.

there's a file called "music listing.txt" that has the names of all the songs used in the game! you can also download the latest nightly version of OHRRPGCE and extract the songs if you want.

I love to live in a peaceful franken zone~

Spoiler
Who knew peace would be brought upon the world, if i just married a cool frank?
10/10 The MC is brutally honest, and i think thats amazing

I haven't played the game yet, so I have nothing to comment on yet.

I've returned having played the game, and now I can comment on it all day! This makes me happy, 10/10 game.

Legitimately one of the best experiences I've had from a video game, phenomenal, 10/10

i made an account just to say this game is hilarious and i love it. 10/10 would kiss frankenstein

Shoutouts to that goblin, probably one of my favorite characters in a video game ever.

This was lovely, thank you. The designs, humor and aesthetic, and your choice of music were amazing. <3

Wonderful little game with lots of heart and charm

I fucking love this game

i played this game back in may, and it's so good!!! the art and theming is endlessly inspiring to me. i love everything about it

Fantastic game, and I have to really compliment it on not having any Frankensteins, that would be extremely scary

i liked this game my favorite character was Grey Cone.

that was a good game thank you for.... uh making it and making it again but this time it was really good and I laughed a lot so thank you  for making it

this is so amazing, love the soundtrack and pixel art and character writing... Looking forward to see more from you :)

what the fuck (in a good way)

Somehow missed entry 12 of the bestiary, wonder what it could have been....

what a splendid game!!! you have mastered the art of making me fall in love with a batch of characters with about 1 or two sentences of introductory dialogue. i cant wait for amazing treasure valley!

watched dunkey's video on this and played it for myself with a friend!!! its really so funny and charming and full of personality :D

Funny game! I liked it.

We need a spin-off game extending the lore behind the gray lounging man.

This game is silly and goofy, which most games should be, unless they're not trying to be silly or goofy. Thanks for making it!

This was a lot of fun, thanks for making it. I did have a problem with the Linux build (I’m on Ubuntu 20.04). Both 32-bit and 64-bit versions refused to launch, either from the Itch.io launcher or directly. Launching it from a terminal, all I get is “error while loading shared libraries: libSDL2_mixer-2.0.so.0: cannot open shared object file: No such file or directory”.

Fortunately, the Windows version worked fine through Wine in the Itch.io launcher, and I was able to enjoy this “Undertale-like” (is that a thing? Well, it is now).

Good game. Each game that draws the player enough to complete it deserves the name of a good game. And if after finishing the player does not think like "this time was wasted, I was disappointed", the more the label of a good game deserves.

This is also the case here. The game is short, it might seem, but with such a simple game play, visuals and linear storyline, the game time is perfect.

The first impression the game makes is deceptive. Well, another RPG Maker's forge game with its own but crude graphics. Probably with a lot of flaws and only the first 5 minutes is ok and then poverty. You have to overcome this feeling and give the game an additional 15 minutes. The graphics have their own style, which, combined with the amazing music, texts and stories, creates a fantastic atmosphere.

The combat system that is super crude is actually a storytelling tool. The creator came out with this idea fantastically.

The story itself is told quite dynamically. Between a new friendship and the death of a friend, he can literally pass 30 seconds.

If someone creates in RPG Maker, they should play Franken for inspiration. It is especially worth checking how the story narrative works in the combat system. It was done masterfully here. It is also worth playing for the sake of music. There are notes here that are in vain to look for in other productions in rpg make and here prove the strength in creating a specific climate

wtf did i just go through.

This was very good. Great pixel art, good humor, excellent music. I could feel some of the influence of Moon RPG somehow, too. 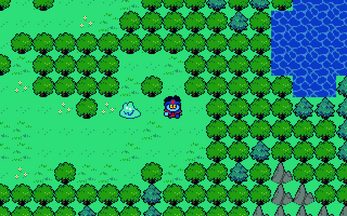 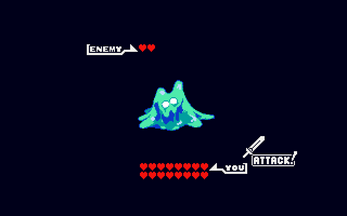 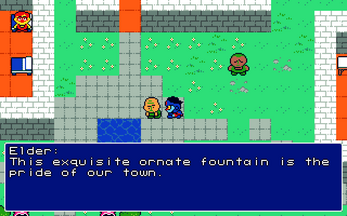 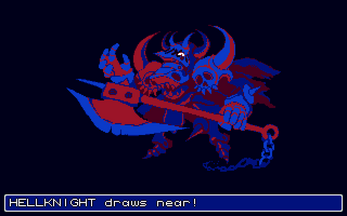 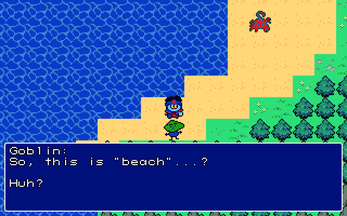